MIAMI YACH WATCH: THE ‘11.11’ AND ITS INFLATABLE CLIMBING WALL 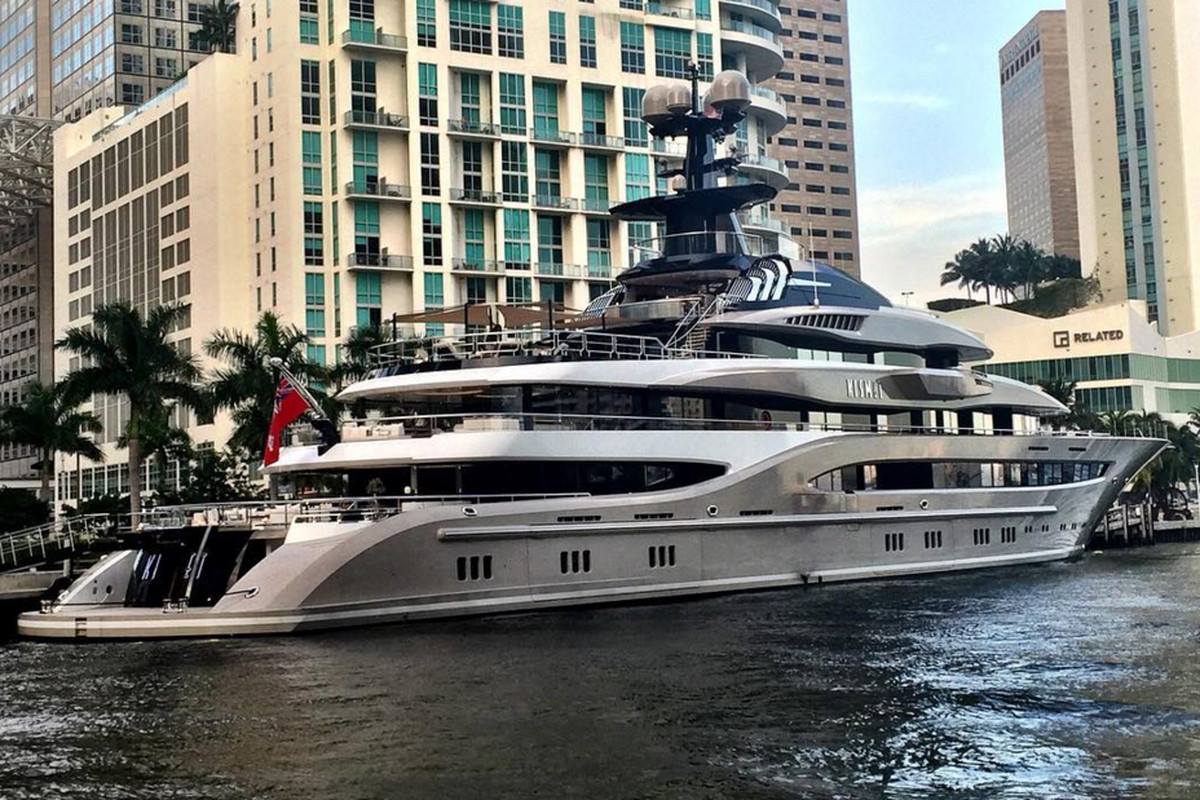 Miami Yach Watch: The ‘11.11’ and its inflatable climbing wall

Miami is a common host for extravagant yachts at all times of the year. Track these magnificent vessels and their outlandish toys with Miami Yacht Watch, which typically runs at least once per week

The 206-foot ‘11.11’ is currently docked at the Miami Beach Marina, towing with it an incredible array of water toys that includes an inflatable rock climbing wall, seabobs, waverunners, various towable toys, a kayak, paddleboard, windsurfer, and floating pool.

The owner is real estate developer Nick Candy and wife Holly Valance, the latter a singer and actress who has appeared on the show Entourage. The vessel features a bluff bow (which creates more stability by avoiding upward push from waves), Art Deco interior, and the world’s first Benetti limo tender.

Candy purchased the ship for $53 million and reportedly had a hypnotist help his wife with her seasickness.